The new experiments of Oli diplomacy, the message of self-respect to the world.

Prime Minister KP Sharma Oli who is going to hold the chairmanship of unified and powerful Nepal communist party (CPN)with long-term objectives, vision and message, used to claim he had been doing all task for the same mission. While being abducted before one and half year from the government he gave his meaningful speech at legislature claiming, “I do not work in haste; I will look up to the far horizon”. People could not believe the alliance of lefties on Asoj 17,20-74 BS that was sudden. There was question mark on the alliance of its future. Such question was not only outside but inside the high-ranking states of UML and Maoist (Centre) too.

Nepali Congress made the main slogan, ‘People could not express their sorrow, sharing the views is far behind the imagination if communist hold the government’. Oli reacted it is not necessary to stay in sorrow after the government of Communist. Now it should be in reality. Though leaders talked about nationalism, after they went to the government they will be as same of previous, such thought has deep rooted in general people. A lot of hurdles were adopted to prevent Oli from being succeeded in the government. After 70 days of election Oli was able to be the prime minister. Due to Maoist’s hesitation, the first phase of formation of the Council of Ministers could not be encouraging. After getting the conclusion that Oli could not be stopped from being Prime Minister, Indian Prime Minister Narendra Modi twice congratulated through telephone call and invited India to visit.

While doing this, Modi ignored the diplomatic protocol knowingly. More than that, in interest of Oli, Modi sent External Affairs Minister Susmasaraj to Kathmandu and showcase the best news and gestures that India is ready to work with Oli. 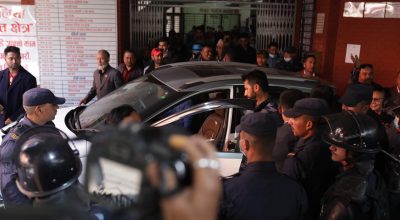 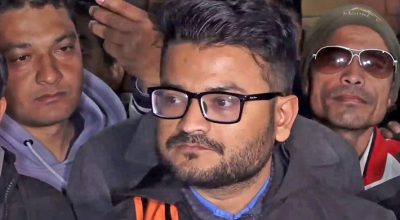